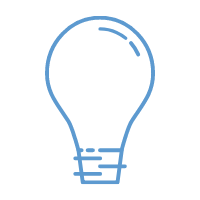 Did you know that electricians often work outdoors in harsh elements? Not all of their work takes place in comfortable, cozy homes. Another fun fact about electricians is that in order to get licensed, they need to study for almost as long as doctors! This is an interesting and engaging profession that requires that you work with your hands, but also your head. Whether you're interested in becoming an electrician or just hiring one, it pays to know the ins and outs of what the career involves. This will enable you to have more effective conversations with the electricians you do hire. We hope the articles on this website will jump-start your learning.

When it comes to running a successful business, el …

How you organize your outdoor space is one of the …

Your home's appliances are some of the most hardwo …

Why Is It Important To Carry Out An Infrared Electrical Scan?
11 October 2022

When it comes to home remodeling, the sky's the li …

Working from home is more popular than ever, especially during the social distancing period that the majority of the world is going through right now. If you work from home on a regular basis or plan on starting to, you might want to consider getting a generator to keep yourself connected during times when the power goes out. Here's why.

If you've ever held a job online, chances are you had to sign a contract or were at least told that maintaining your equipment and internet connection is entirely on you. Your boss won't take kindly to it if you can't connect to the internet, and they may not accept a power outage as an excuse. Since you can't go out to use the internet elsewhere, this would be a good time to have a generator, as it will keep you online potentially for hours. This will at least give you the opportunity to wrap up your work for the day and to officially announce that your power is out and that you need to disconnect for an unknown amount of time. However, if you're lucky, the power will be restored before your generator runs out of fuel and you'll never have to disconnect at all.

Cellphones Can't Be Relied On

Using a cellphone to contact your boss over the internet or the phone is one possibility, but cell phones can't always be relied upon. During power outages, cell phone usage goes up as people try to find out what's going on and can't access the internet or phone service normally. As a result, your connection may be sluggish and you could find yourself unable to communicate that you've been knocked offline temporarily. But if you have a generator, you won't need to rely on your cellphone to make contact.

In the old day, the phone and the internet were two separate entities, but this often isn't the case anymore. If you have a modern internet connection in your home, you may actually have a VoIP phone line. This means that your phone won't work if the power is knocked out. This again leaves you with nothing but your cellphone to contact anyone, which could be a problem. It also means that you won't have as many means to get help in case of emergency, but again, as long as your power is working courtesy of a generator, you won't have to worry about this problem happening to you.